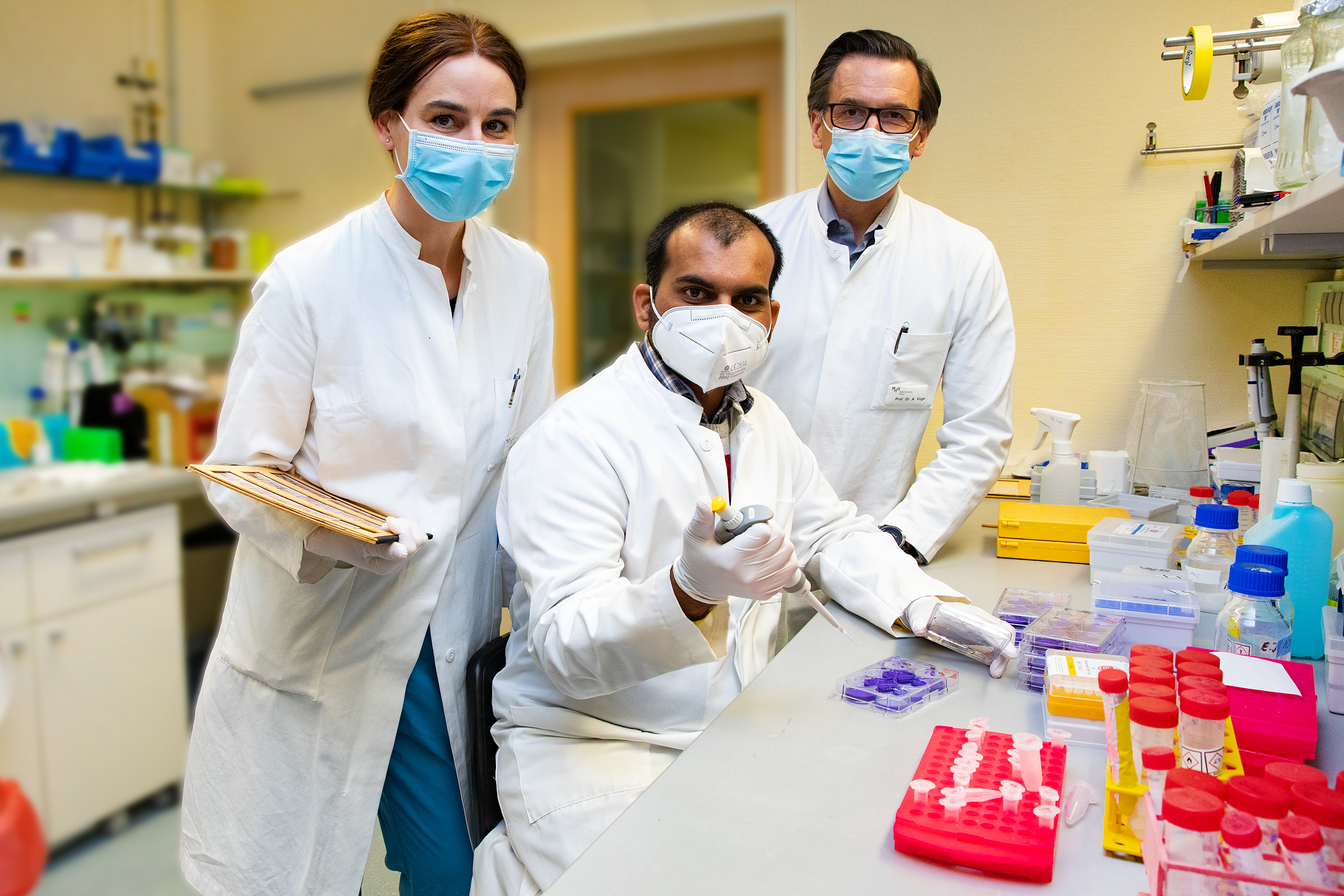 Intrahepatic cholangiocarcinoma (ICC) develops within the liver. With one to two cases per 100,000 inhabitants in Germany, ICC is one of the rare diseases overall, but it is the second most common liver cancer. The aggressive bile duct tumour remains clinically inconspicuous for a long time, so that it is often only detected late. Because the tumour also only responds to chemotherapy to a limited extent, those affected often have a poor prognosis. For some patients, however, there is another therapeutic approach besides "conventional" chemotherapy. In these patients, certain genetic alterations are present that promote tumour development as "cancer drivers", but which at the same time also represent target structures for personalised therapies.  But even with these patients, customised precision oncology is not successful in every case. A research group led by Professor Dr. Arndt Vogel, senior consultant at the Department of Gastroenterology, Hepatology and Endocrinology at Hannover Medical School (MHH), and his colleague Dr. Anna Saborowski have investigated the reasons for this and the strategies that can be used to overcome resistance to molecular treatment. The study has been published in the renowned journal "Hepatology". The first author is PhD student Gajanan Kendre.

The therapeutic goal for the targeted treatment of bile duct tumours is given the complicated name fibroblast growth factor receptor-2 (FGFR2). In about 15 percent of patients with ICC, FGFR2 is fused, so to speak, with other genes due to a genetic malformation. These fusion rearrangements lead to a permanent activation of signalling pathways that contribute significantly to tumour growth. "We can reliably identify such fusion-positive ICC patients by genetic tests on tumour material and treat them with drugs that block FGFR2," explains Dr. Saborowski. Such FGFR2 inhibitors have already been approved in the USA for ICC patients with FGFR2 fusion, for example, and the European regulatory authority has also given a positive vote and approval is expected in the near future. However, these medicines only achieve a significant therapeutic response in 35 per cent of the patients treated. "In order to better understand which tumour responds to the inhibitor or is resistant to it, we looked at other genetic changes in the patients," explains the medical scientist. In the mouse model, the researchers found indications that further gene mutations can profoundly alter the response to targeted FGFR inhibitors and thus lead to a failure of the therapy.

"By elucidating the genetic basis of tumour development, we can use biomarkers to identify the patients in whom such concomitant mutations prevent treatment success with FGFR2 inhibitors, or identify the patients for whom the therapy is a promising option," explains Professor Dr. Vogel. A combination therapy against these gene alterations could make the cancer cells susceptible to the FGFR2 blocker again and stop the bile duct tumour. The concepts developed by the research group must now first be confirmed in further preclinical tests. After that, the scientists plan to test the efficacy in a clinical trial on ICC patients in Germany.