An MHH research team is investigating mechanisms for the development of pre-eclampsia. This could lead to a new therapeutic approach for the disease. 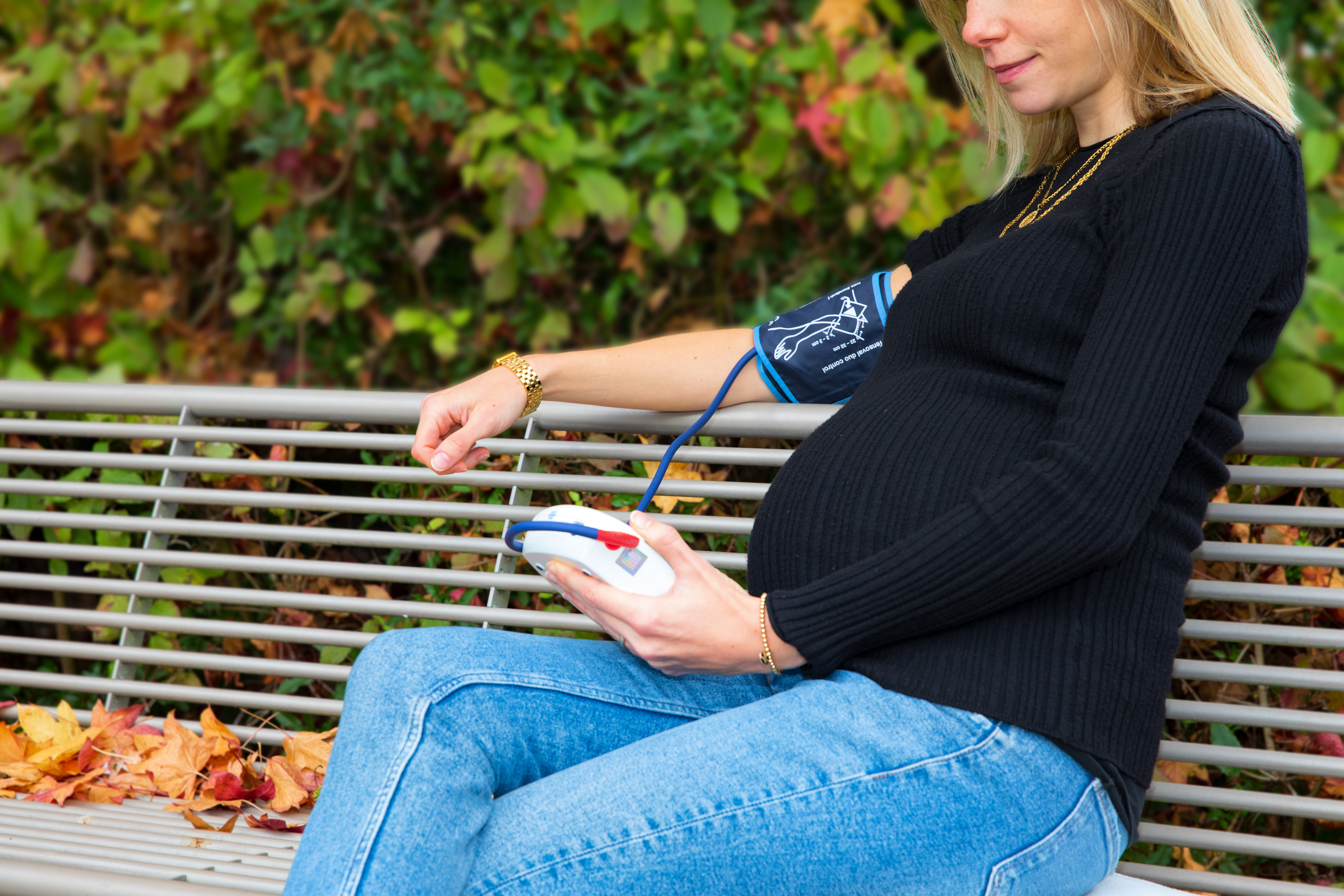 Pre-eclampsia - formerly also called pregnancy poisoning or gestosis - is one of the most common diseases of expectant mothers during pregnancy. It occurs in about five percent of all pregnancies and can even be fatal if left untreated. Risk factors such as obesity and advanced maternal age as well as pre-existing high blood pressure or multiple pregnancies are known. However, the exact causes for the development of the disease have not been fully researched, which is why there are no specific treatment options. However, the so-called corpus luteum, which releases various hormones important for the smooth course of pregnancy, seems to play an important role. If this hormone producer, known as the corpus luteum, is missing or too weak, the risk of pre-eclampsia increases significantly. A research team led by Professor Dr Frauke von Versen-Höynck, senior physician at the Department of Obstetrics and Gynaecology at Hannover Medical School (MHH), now wants to clarify the exact processes and thus find a new therapeutic approach. The project is supported by the German Research Foundation (DFG) with 630,00 euros.

Disturbance in the remodelling of the uterine mucosa

"Pre-eclampsia occurs mainly in the second half of pregnancy and causes high blood pressure, often associated with increased protein excretion in the urine," says Professor von Versen-Höynck. In particularly severe cases, liver and kidney dysfunction and seizures can follow. At the same time, there can be reduced blood flow to the placenta, which is vital for the development of the embryo. As a result, pre-eclampsia leads to reduced growth and birth weight in the unborn child in the womb. Frequently, premature delivery is necessary as a therapy to protect mother and child from life-threatening complications.

However, the course for the disease is set in the early phase of pregnancy and possibly even before it occurs. In affected women, the remodelling of the uterine lining to which the placenta attaches is disturbed. This process, known as decidualisation in technical jargon, is a prerequisite for the embryo to implant smoothly and be supplied with oxygen and nutrients. "We suspect that certain hormones produced by the corpus luteum are important for undisturbed decidualisation," explains the senior physician.

The risk of pre-eclampsia is particularly increased in women who become pregnant with the help of artificial insemination. "Such assisted reproductive techniques are increasingly used worldwide and can make pregnancy possible without a corpus luteum forming," emphasises the head of the Reproductive Medicine and Molecular Perinatology working group at the MHH Women's Hospital. Often in such cases, vascular function is restricted in the early pregnancy phase. "Interestingly, the vasodilator hormone relaxin, which in humans is released almost exclusively by the corpus luteum and contributes to better blood flow to the uterus and placenta, cannot be detected in these pregnant women," says the physician. In the research project, Professor von Versen-Höynck and her team now want to examine and compare placenta and uterine mucosa samples from pregnancies that occurred with and without the corpus luteum on the one hand and that proceeded normally or led to pre-eclampsia on the other. In this way, the researchers hope to track down the regulatory mechanisms that lead to the pathological changes in the uterine mucosa. "If we know which missing hormones play an important role in the disease, we could use them preventively to protect women with missing or too weak corpus luteum from pre-eclampsia," hopes the senior physician.