The MHH mourns the death of Professor Hans Borst 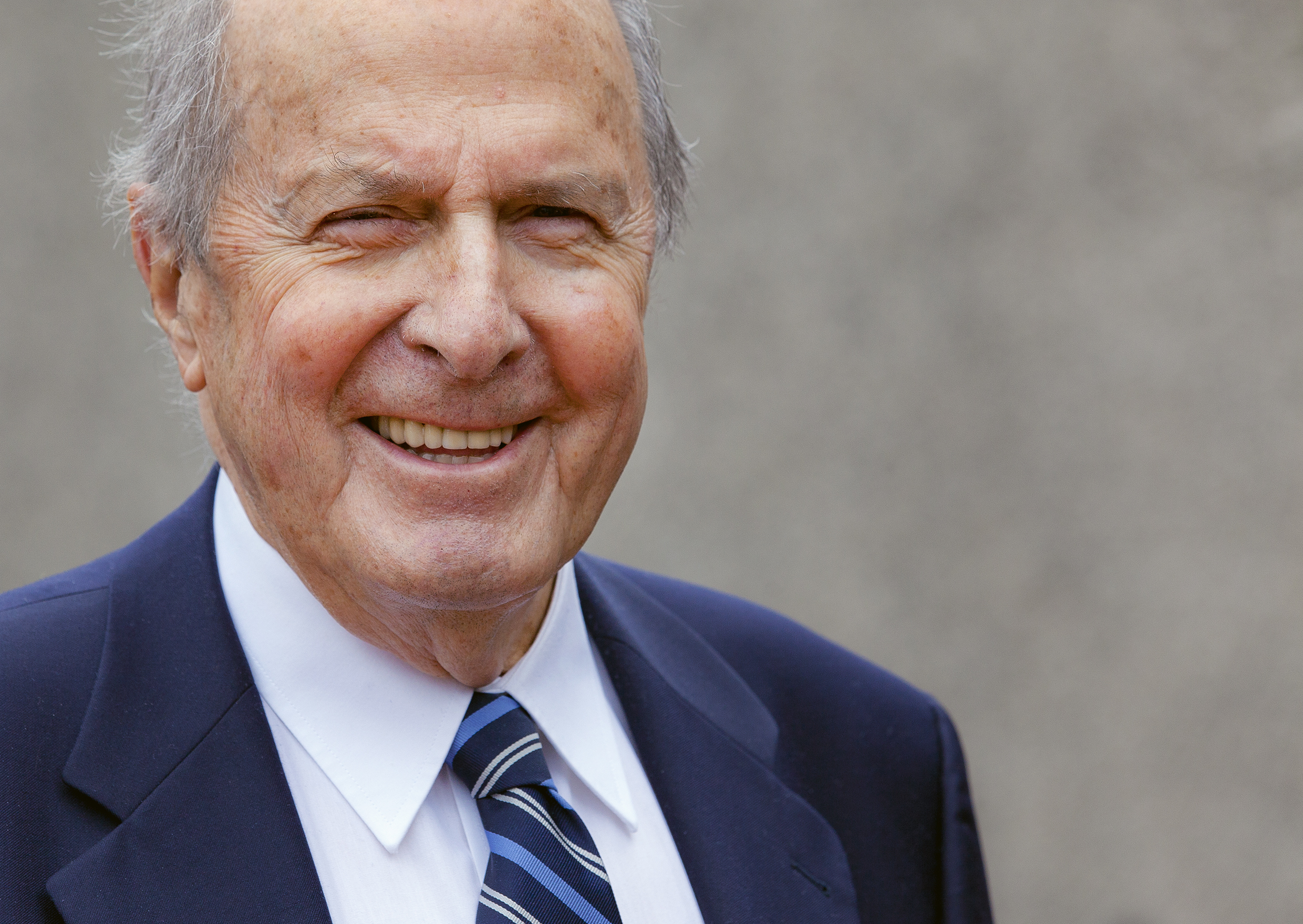 Hannover Medical School mourns the death of Professor Dr Hans Borst. The "father" of surgery at MHH died on 8 September 2022 at the age of 94. "Professor Borst and his team laid the foundations for MHH surgery to achieve international standing," says MHH President Professor Dr Michael Manns, "from the first heart operations to heart and lung transplants and prostheses for main arteries. The university is deeply indebted to Professor Borst and we will cherish his memory."

Professor Borst was the first in Germany to create a centre for surgery from individual specialist clinics in a departmental system.

Professor Borst came to Hanover from Munich with his team in 1968. He built up the Centre for Surgery and in particular the Department of Thoracic, Cardiac and Vascular Surgery "on a greenfield site" and headed it for almost 30 years. The up-and-coming MHH provided an ideal setting for cardiac surgery to flourish. Initially, his team still worked at the Oststadtkrankenhaus. Even before the central hospital on the Roderbruch campus was completed, the "new" MHH surgeons performed the first heart operations, correcting valve defects, for example. With the move to Roderbruch, Professor Borst divided the Centre for Surgery into independent specialist clinics linked in partnership and equipped with equal facilities - a novelty in the German hospital landscape.

Cardiac surgery at the MHH becomes visible throughout Germany

Cardiac surgery flourished - thanks to the heart-lung machine. Professor Borst has a special connection to it, as he was responsible for its use as a research assistant in 1958, when Professor Dr. Rudolf Zenker was one of the first in the German-speaking area to successfully operate on a patient's open heart with its help at the University Hospital in Marburg. At the MHH, Professor Borst first used such a machine for procedures such as heart valve operations in 1968. In 1975, Borst's team had treated more than 1,000 patients with the support of the heart-lung machine, and by 1986 the number of patients had risen to 10,000. By this time, the MHH had already developed into an important centre for heart surgery in Germany.

Professor Borst and his team developed some new methods that increasingly became the international standard. However, he was not only interested in the heart, but above all in the aorta, the main artery: he dealt intensively with its dangerous bulges and tears, i.e. aneurysms and dissections. The procedures developed at the MHH paved the way for successful treatments. "A milestone in the treatment of extensive diseases of the aorta was the development of the so-called elephant-trunk technique," emphasises Professor Dr Axel Haverich, who took over as director of the clinic in 1996. In 1983, for the first time aneurysm of the thoracic aorta received such a completely new artery (aorta) made of plastic. The method was constantly developed further, and today this special vascular prosthesis with trunk-like side branches for the outgoing arteries is used worldwide. Since Professor Borst's work, the MHH has thus been one of the world's leading centres for surgery not only of the heart, but also of the vessels and here especially of the aorta.

In 1983, the first heart was transplanted at the MHH

The surgeons in Hannover had been involved in transplant medicine from the very beginning. In 1983, when the MHH already had an international reputation for kidney and liver transplants thanks to Professor Dr. Rudolf Pichlmayr, Borst's team performed the first heart transplant at the MHH - the second time this had ever happened anywhere in Germany. By March 1986, 100 hearts had already been transplanted in Hannover. In 1987, the MHH surgeons performed the first bilateral lung transplant in the German-speaking world. This organ, which is far more difficult to transplant, became their main focus of treatment and the MHH became Europe's leading centre for lung transplants.

Professor Borst always stood up for his staff, was a role model and supporter. Many of the doctors he trained were appointed to leading positions in cardiac and thoracic surgery at home and abroad. As a university lecturer, teaching students, promoting young scientists and academic self-administration were of great concern to him. Even after his retirement, he kept in close contact with "his" hospital and was often a guest there. He remembered the beginnings in Hanover with particular fondness: "That was an unbelievably creative time, we had all the freedom in the clinic, research and teaching. Nobody interfered with us."