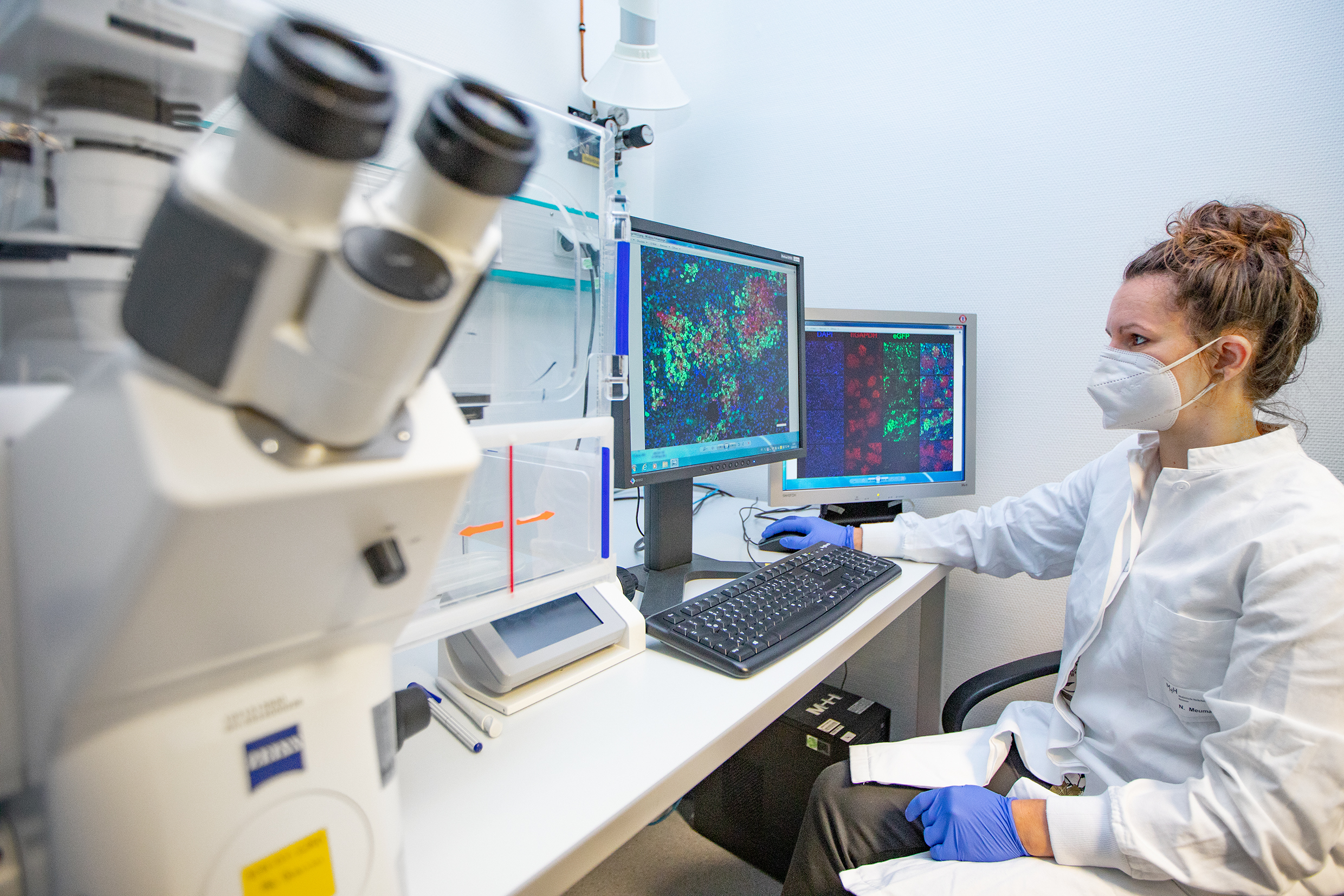 There are numerous severe, hardly treatable monogenetic diseases that are caused by a defect in a single gene - also in the liver. These include the blood coagulation disorders haemophilia A or B or the metabolic disease phenylketonuria. Gene therapies could help here, in which intact genes are transported directly into the cell as a "drug". In Europe, some gene therapies have already been approved - for example, for spinal muscular atrophy (SMA), a congenital neuromuscular disease with severe muscle weakness and atrophy. In order to deliver the therapeutic genes to the target, so-called viral vectors are used as gene taxis. Among the best-known representatives are adeno-associated viruses (AAV). A research team at the Hannover Medical School (MHH) led by Professor Dr Hildegard Büning, AAV expert and deputy head of the Institute for Experimental Haematology, has developed two new AAV variants that are more effective and can therefore be considered for the targeted treatment of liver diseases. The results have now been published in the scientific journal Hepatology.

Not all gene taxis reach their target

Although AAV vectors are derived from viruses, they serve exclusively as a means of transport in gene therapy. With the viral envelope, the so-called capsid, the AAV vectors dock onto the body cell and smuggle their genetic cargo into the cell interior. There it is read and converted into the corresponding protein according to its blueprint. However, not all gene taxis reach their destination. Sometimes they unload their cargo in the wrong place because they target other tissues in addition to the desired target organ. Moreover, they can be recognised as foreign by the immune system and intercepted and destroyed by neutralising AAV antibodies. "In our work, we looked for AAV variants that, on the one hand, target the liver precisely and do not stray into other tissues and, on the other hand, escape the neutralising antibodies," says Dr. Nadja Meumann, first author of the study. For this purpose, the scientist searched for suitable candidates with capsid structures in a so-called capsid variant library among more than one million AAV variants, which function both in mouse liver cells and in human liver cells. "This cross-species application possibility is very important for the development of new therapeutic strategies, because it enables the necessary preclinical trials in the mouse model and their transfer to the later clinical trials in humans," explains the molecular biotechnologist.

Dr Meumann then "trained" suitable AAV variants in the mouse model. "AAV as viruses are normally ingested via the respiratory tract in nature and have to retrain, so to speak, if they are to enter the bloodstream via an injection and target the liver from there," explains Professor Büning. "Directed evolution" is what biologists call this way of getting desired properties more quickly with a clever selection process. Two AAV variants called MLIV.K and MLIV.A have won the race. They find the liver cells quickly and reliably and ensure that the blueprint for the therapeutic gene is actually implemented in the cells. "We have already been able to successfully treat mice suffering from haemophilia B with these variants," says the molecular biologist. By intravenous injection, MLIV.K and MLIV.A were able to target the liver cells via the bloodstream and deliver the blueprint for the missing clotting factor there. Another advantage of the two vector variants is that they apparently do their work not only reliably, but also very efficiently. "This means that we generally need a lower dose to achieve treatment success," Professor Büning emphasises. And that significantly lowers the costs per treatment unit - an important plus point, because gene therapy is currently still a very expensive form of therapy.

Before it can be used clinically, its efficacy and tolerability still have to be confirmed in further studies in large animal models and later also in clinical studies in humans. More than 400 monogenetic diseases are known for the liver. So there could be many more transport jobs waiting for the MLIV.K and MLIV.A gene taxis in the future.