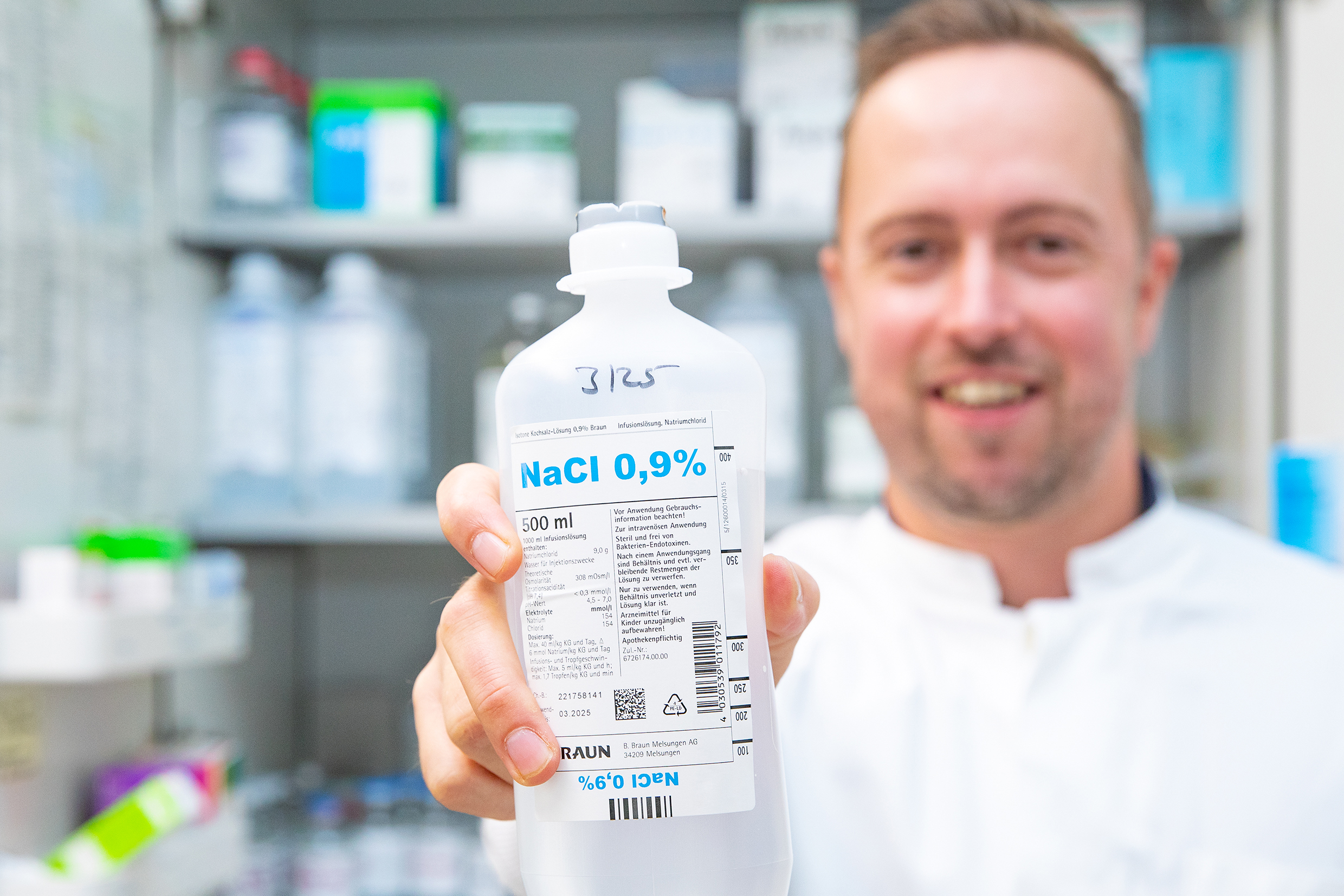 Medicines that are injected must be continuously tested for impurities as part of their production and release, as these can cause fever or even blood poisoning. Until now, this has mostly been done using animal tests, animal products or the so-called monocyte activation test (MAT). But the use of animal tests and products must be avoided - also because they do not adequately reflect human physiology in some cases and because the European authorities will no longer accept them from 2026.

The MAT based on donated blood cells better reflects human physiology, but is not sufficiently accepted by the industry as blood donations are scarce and blood cells vary greatly. So far, the only alternative is artificial cells derived from cancer tissue, but these cannot detect all impurities. Therefore, new approaches are urgently sought. The solution could be to use innovative cell products, which are being developed for novel therapies, also for the safety assessment of drugs.

Professor Dr Nico Lachmann, Department of Paediatric Pneumology, Allergology and Neonatology at the Hannover Medical School (MHH) and researcher of the RESIST Cluster of Excellence, is developing the so-called iPYRO method for these reasons. This involves the use of novel, artificially generated immune cells to detect impurities in medicines. For this, the European Research Council (ERC) has now awarded him the "ERC Proof of Concept Grant". "Our iPYRO method will revolutionise the safety of drugs that are administered parenterally by injection - i.e. all injection solutions, infusions as well as vaccines," says Professor Lachmann.

An "ERC Proof of Concept Grant" is intended to explore the commercial or societal innovation potential of an ERC research project. Only researchers who have previously been awarded by the ERC can receive the award. Professor Lachmann had received the prestigious "ERC Starting Grant" in 2019 and with it funding for his research on human macrophages in the amount of 1.5 million euros over five years.

Professor Lachmann's method is based on human cells of the immune system, which can be fully defined and produced in the laboratory without a donor. These are macrophages (phagocytes), which are derived from so-called induced pluripotent stem cells (iPS cells) and are grown in bioreactors suitable for industrial use.

"The cells are already being used in the development of cell-based therapies and will now additionally benefit millions of people as they can be used to produce safe drugs," says Professor Lachmann. The new immune cells also make it possible to develop further pioneering test procedures to advance health research in Germany. The innovation could be advanced thanks to the interdisciplinary cooperation of the fields of Regenerative Medicine (REBIRTH Research Centre for Translational and Regenerative Medicine) and Infection Research (RESIST) at the MHH.

Professor Lachmann is not the only researcher from Lower Saxony to have received such an award. Dr. Stefan Gloeggler from the Max Planck Society for the Advancement of Science has also received an "ERC Proof of Concept Grant". "The fact that scientists from Lower Saxony are being funded with two of the nine Proof of Concept Grants going to Germany shows that not only excellent research is taking place at the universities and research institutions here, but that the important transfer towards industry and society is also very important," says Lower Saxony's Science Minister Björn Thümler.

RESIST – Research to help the most vulnerable

Professor Lachmann holds his professorship at the MHH as part of the RESIST (Resolving Infection Susceptibility) cluster of excellence led by the MHH. RESIST consists of around 50 teams that aim to better protect particularly susceptible people from infections. These include doctors working in the clinic, who are very familiar with the patients' situation, as well as basic scientists who research pathogens and their interaction with the immune system down to the smallest detail. RESIST consists of six partner institutions. The spokesperson is Professor Dr Thomas Schulz, head of the MHH Institute of Virology. RESIST is funded by the German Research Foundation (DFG). For further information, please visit the homepage www.RESIST-cluster.de.